Getters and Setters are evil

Getters and Setters are Evil

Getters and Setters are Evil (Article)

Since I started programming in Java in 2001, I have read so much about encapsulation. The Internet has become replete with Java articles and lessons teaching the basics of encapsulation in the form of declaring some class with private fields and public getters and setters.

Many Java books would show something like this to demonstrate encapsulation:

As many such introductory articles posit, since gallonsOfFuel is private, you need to add some additional logic like decreasing gallonsOfFuel by some amount every time getGallonsOfFuel() is called. This would then be considered a well-encapsulated Car class, i.e., the client would have to minimally change any code in other classes if functionality in the Car class was changed. However, this is not the case. Take a look at the travelMaxDistance() function below. Just how much better is the example with getters and setters (Example 2) than one using public fields (Example 3)?:

As you can hopefully see, it isn’t any better at all! If you are trying to code in an object-oriented manner, as you should when using the Java language, you shouldn’t be violating encapsulation. Both of these examples violate encapsulation heavily and Example 2 represents what Martin Fowler calls an Anemic Domain Model.

Getters and Setters Are Evil

In my opinion, modern development environments have made the misuse of getters and setters all too easy by introducing automated getter and setter generation. When people start learning programming, they often find themselves introduced to auto-generated getters and setters in their IDE. One click, and people think their class is done and follows encapsulation rules when in fact it couldn’t be any farther from the truth. Just because you have the power to create getters and setters with a single click, doesn’t mean you’re wielding your power wisely.

In cases where you are modelling some complex business behavior between objects, try to avoid automated code generation, especially getter and setter generation, as much as possible. Design your entities by adding public attributes only when needed. View your entities from the perspective of its clients. Methodologies like test-driven development easily allow the design of classes with a focus on how a client can use the code – with tests driving and verifying the design. The misuse of automatic getter and setter generation is often a symptom of a poor design – often resulting in monolithic, unmanageable “spaghetti code”. 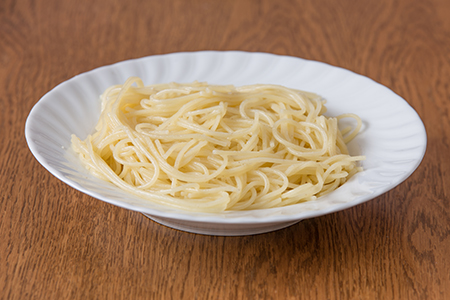 What methods would a client of your class need? Would a client be interested in the relationship between fuel and miles per gallon? If so, design for it. Make it as easy as possible for a possible client of your entity. Provide the fewest possible public methods your client needs. Do the work for your client internally. Don’t force your client to get his hands dirty. A real-world analogy would be a counter at a restaurant. You as a customer shouldn’t need to (and in many cases aren’t allowed to) know how your order is handled, only that the food comes out right. This is, roughly speaking, how encapsulation is supposed to play out. If a client was getting his hands dirty and preparing the meal himself, what would be the point of the restaurant? Think of your code in the same way.

As much as possible, try not to return raw data as directly stored in your entities’ private fields. Always try to add some value for your clients. As an example, given that calling travelMaxDistance() uses all of our Car class’ private fields, why not move the logic to the Car class so that clients would not need to know how our Car stores fuel and miles per gallon data? Doing so would have the net effect of reducing the amount of Car’s public methods, which would make it easier to make changes to the car class. A smaller, more meaningful number of public methods is always preferable to multiple public methods. To this end, we could move our calculation of the maximum travel distance to our Car class itself:

We could then easily rewrite our CarService class’s previous travelMaxDistance() method as follows:

Note that the code now reads better as it clearly speaks the language of the business and solves their problem more precisely.

If you go back and look at the original code in Example 1 and Example 2 it is much less precise. The Car class was cluttered with simple but unnecessary code that has to be understood and maintained for no reason. You might question my changes in Example 4 since you might not think they are necessary for such a small code sample, but even there it makes our code clearer and precise and lets us see the actual important aspects of the code easily.

As a final note, I’d like to highlight that we didn’t add the “get” prefix to our maxDistance identifier as it decreases the readability of our code and shifts the code from an Object Oriented Design to a more procedural machine-like model.

These tiny changes, when applied rigorously to all your entities, will radically improve the readability and usability of your code. For an extensive guide that extends many of the points that a briefly talked about in this article, I would suggest reading up on Eric Evans’ Domain-Driven Design: Tackling Complexity in the Heart of Software.

16 thoughts on “Getters and Setters are evil”